Modern Times has released the beers it plans to pour at the much anticipated Carnival of Caffeination on February 8th, 2020. No word on the beers other attendees will bring.

The list mostly includes special releases made just for the beer fest. Just 5 of the 15 beers have ratings on Untappd, with the average rating reaching up to 4.3.

The highlights include an Ultra Coffee edition of Modem Tones (4.6 on Untappd), Beastmaster (4.5) and three versions of Monster’s Park, the brewery’s famous barrel aged stout. Below is the complete list of announced beers from Modern Times. You can also see the announced breweries for the Carnival of Caffeination and their Untappd scores in our full guide for the fest: http://bit.ly/3aG9p9l 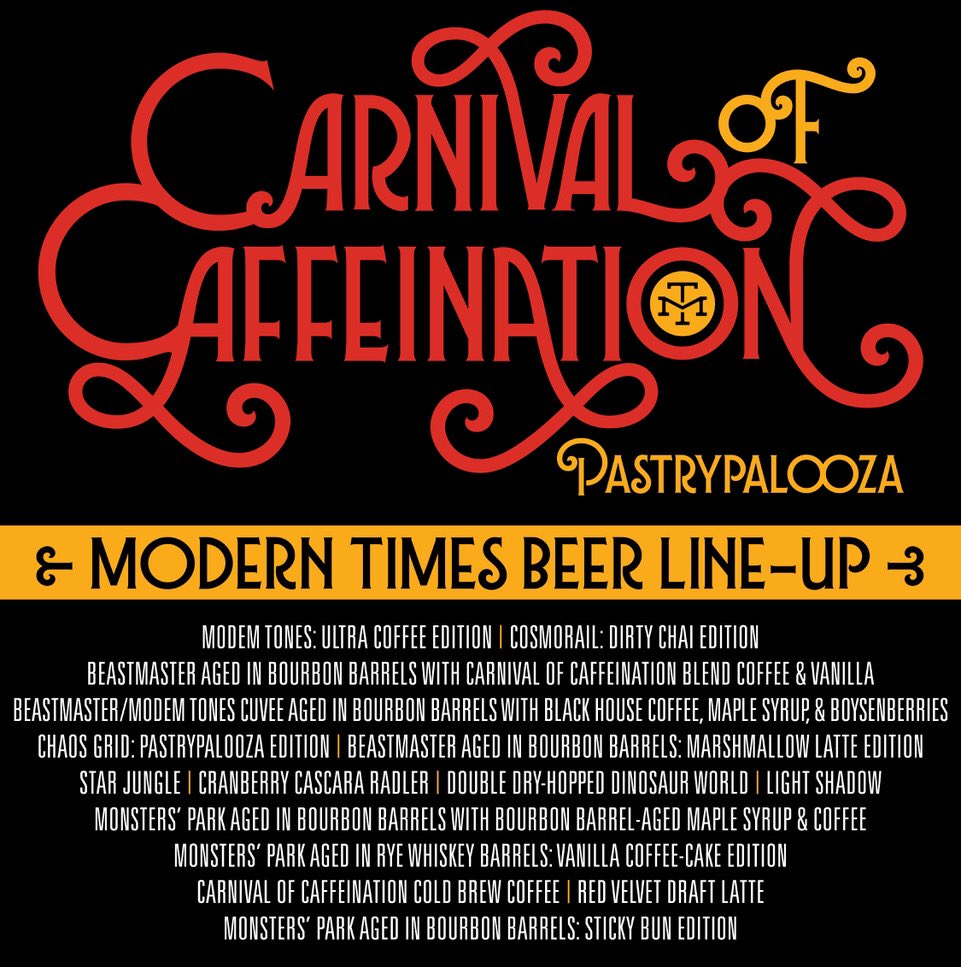 Top 5 Breweries at the Side Project Invitational